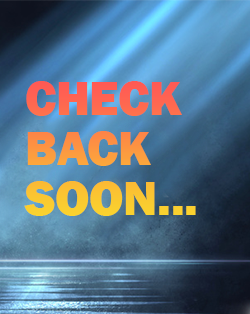 A Brief History
Board of Directors
Tickets
Dress Code
Dinners

ABOUT THE CULTURAL CENTER at ocean reef

Prior to the Cultural Center’s establishment, residents of the Ocean Reef Community had to travel a minimum of 40 minutes to the closest movie theaters, and farther to major performance venues. In an attempt to fill the cultural and entertainment void, Ocean Reef Club member committees established small concert and lecture series and several events were held each season in standard “banquet halls” featuring mostly local talent for cost effectiveness. Community groups requesting meeting space were in competition with paying conference groups and scattered and shuffled all over the vast property. Something was missing in paradise!

The need was clear, and the call was heard by generous and proactive members of the community. A ground-breaking ceremony was held January 2, 1999. Gradually, the complex building emerged and the list of contributors grew until, by the time of the grand opening, there were more than 200 members of the Ocean Reef community who had made this extraordinary building possible.

The Cultural Center at Ocean Reef opened in January 2001 to unanimous praise and gratitude from the community. Since that date, the Center has thrived as an integral part of the community used by virtually all residents and the number of donors has risen to just over 500. The Center’s state of the art theater now brings some of the most in demand, exciting names in show business to our secluded corner of the world. Live performances and lectures are custom selected for the community by community members. Each season’s schedule has offered something for all ages, audiences and tastes, and the offerings continue to grow and improve each year.

TICKETS
Performance ticket requests are processed in order of the date they are received and by donor level: Lifetime Trustees, Chairman’s Circle, Executive Producers, Benefactors, and Directors will be limited to four tickets.

Founders, Friends and Non-Donors will be limited to two tickets.

All Non-Donor tickets will be processed after December 1.

Family Entertainment shows will not have a ticket limit.

Tickets will be issued to you at the door the evening of the performance. An email will be sent in advance to confirm all of your ticket reservations. Tickets are non-refundable with the exception of a sold-out performance, a cancellation of a performance, or rescheduling of a performance. In fairness to those on the waiting/stand-by list, tickets are non-transferable for sold-out performances. Please contact the Cultural Center office if you are unable to use your tickets. A full refund will be issued and the ticket will be sold to the next person on the waiting/stand-by list.

REFUNDS
There are no refunds on tickets unless an event is cancelled or rescheduled.

SPECIAL NEEDS
Wheelchair locations and companion seats or other special needs must be requested when purchasing tickets. Assisted listening devices are available to the hearing impaired.

DRESS CODE
The Dress Code provides a set of guidelines for members and guests. It is the responsibility of each member to conform to the Dress Code at the Cultural Center and to ensure that family members and guests do so as well. While all children are expected to be appropriately attired, children over the age of 12 should follow adult requirements.

Casual & Family Performances:
Collared shirt and trousers for gentlemen and equally appropriate attire for ladies. No shorts (except for children under 12), tattered jeans, crop tops or tank tops at any performance.

Movies:
Neat boating and casual attire is required for those attending the movie.

PERFORMANCE DINNERS
The Cultural Center at Ocean Reef offers a plated dinner in the Compass Room before each performance and a buffet-style dinner before the family entertainment performances. Reservations are required and can be made by calling 305-367-6300.